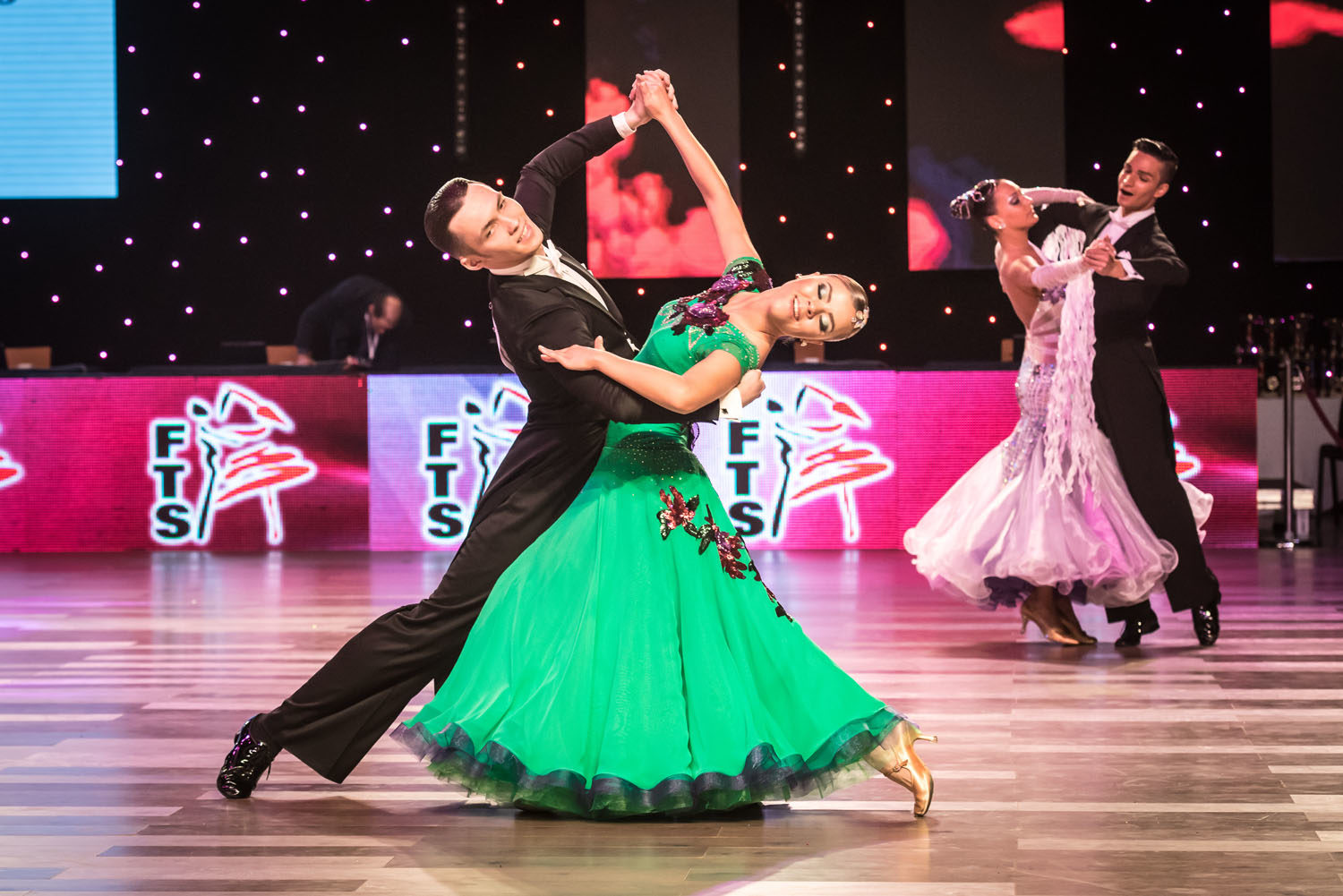 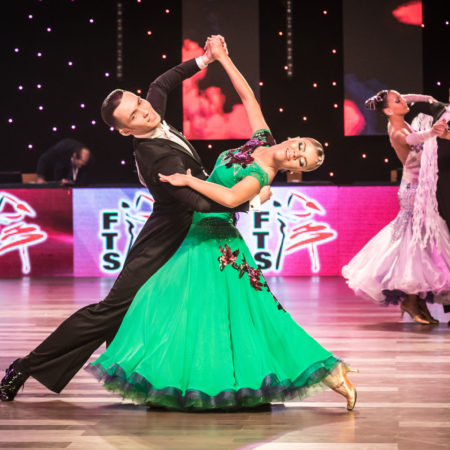 Although its creation is unclear with many claiming to have invented it, the foxtrot became an instant hit. It was originally danced to ragtime. From the late nineteen-teens through the 1940s, the foxtrot was certainly the most popular fast dance and the vast majority of records issued during these years were foxtrots. The waltz and tango, while popular, never overtook the foxtrot. When rock and roll first emerged in the early 1950s, record companies were uncertain as to what style of dance would be most applicable to the music. For example, Decca Records initially labeled its rock and roll releases as “foxtrots,” the most famous of which was “Rock Around the Clock” by Bill Haley and the Comets.”

The International style has, as Its defining characteristics, the requirement that partners must maintain body contact at all times and that all steps are passing steps. Consequently, the variety of possible figures and positions is much more limited than in the American style. Dancers concentrate on creating an image of a smooth, gliding motion around the dance floor. The use of body contact makes it possible to execute very tight turns, which is further enhanced by the extensive use of heel turns. This use of heel turns, and the effort required to produce the desired gliding motion, give International Style Foxtrot a reputation as being perhaps the most difficult of all ballroom dances to execute well.