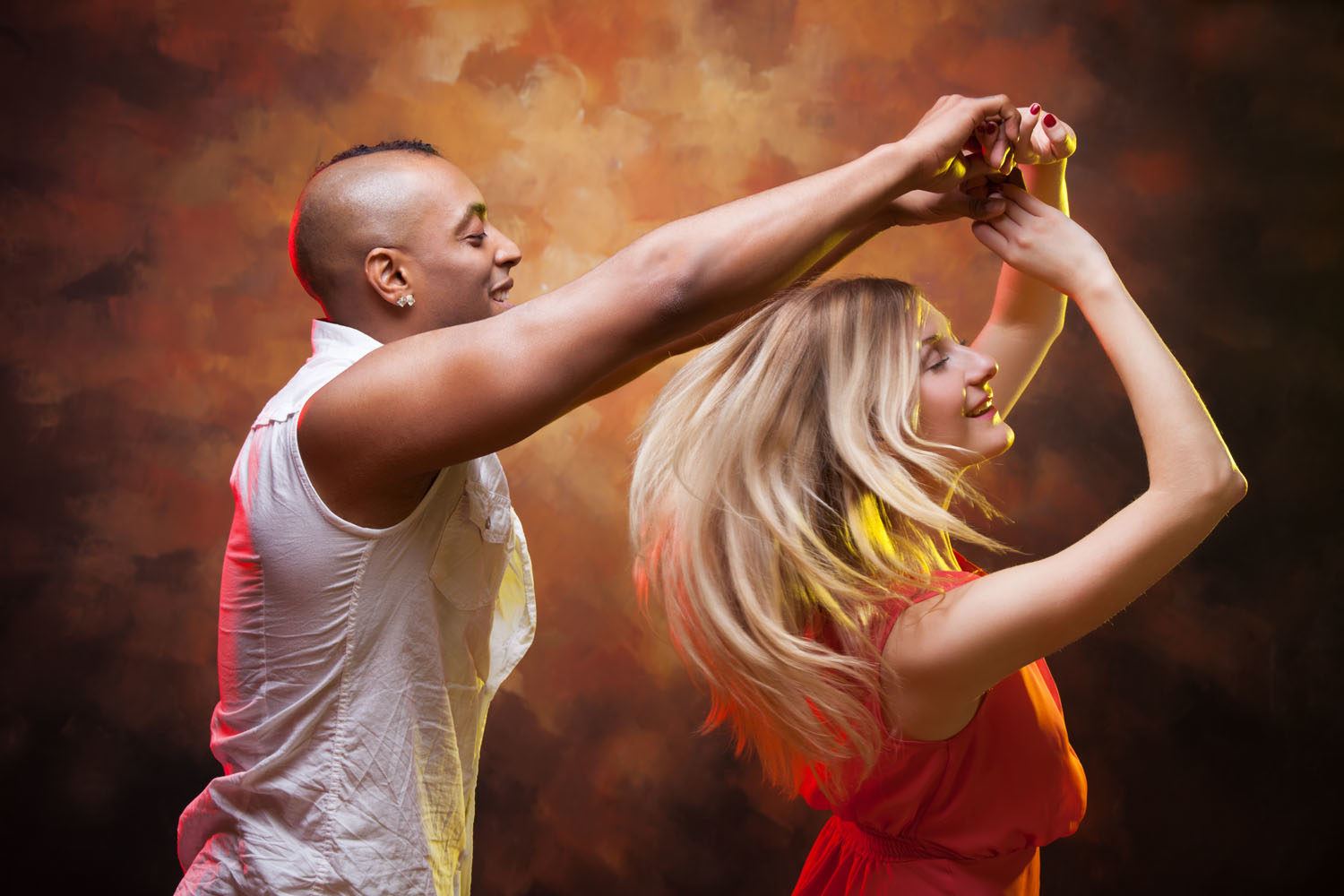 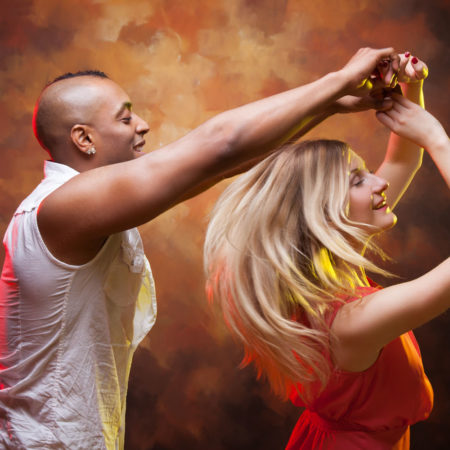 Despite its ancestry in Afro-Cuban rhythms, the Rumba was invented on the east coast of the USA in the 1930’s. The Rumba is a very slow, serious, romantic dance with flirtation between the partners.  It contains a hip sway over the standing leg and like the cha-cha, the steps are kept compact and done with no rise and fall. These hip movements are emphasized, but note – they are not generated by the hips – they are simply a result of good foot, ankle, knee and leg action. The intensity of the Rumba is increased by sharp eye contact maintained between the man and the woman.