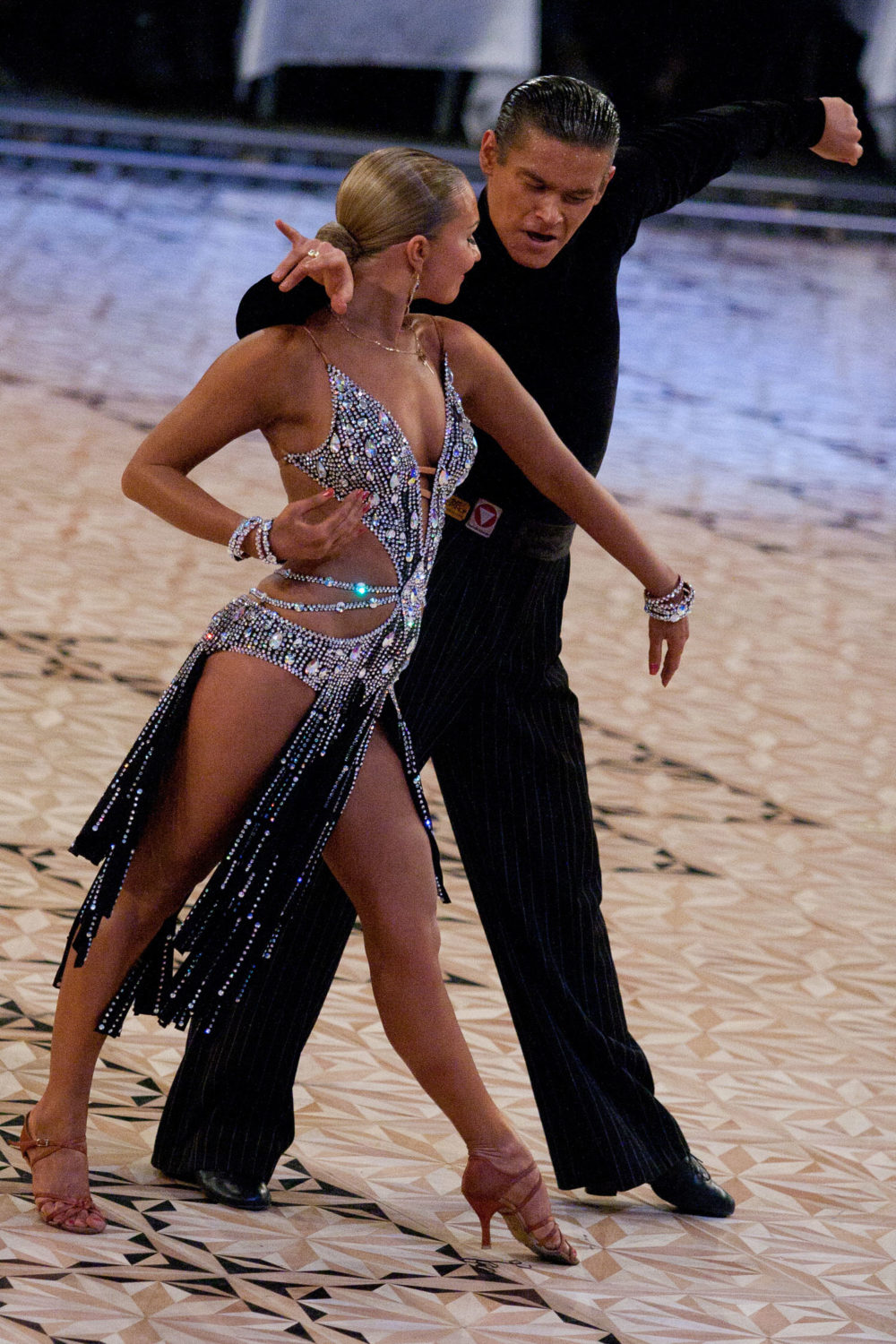 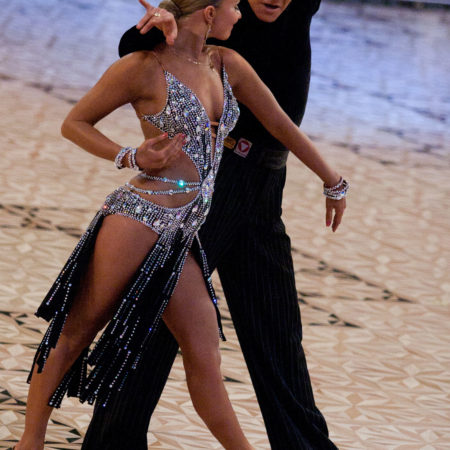 Paso Doble is a very lively dance patterned after the drama of a Spanish bullfight. Although Spanish in nature, it was developed in Southern France and. For that reason, many of the figures have French names. Like the Samba, this is a progressive Latin dance meaning that it moves around the dance floor. To dance the Paso requires a commitment to the drama of the dance entailing dramatic steps with the heels, powerful, expressive frames and artistic hand movements. For example, the apel is a stamping movement with the foot to mimic the stamping done by the matador to attract the attention of the bull.