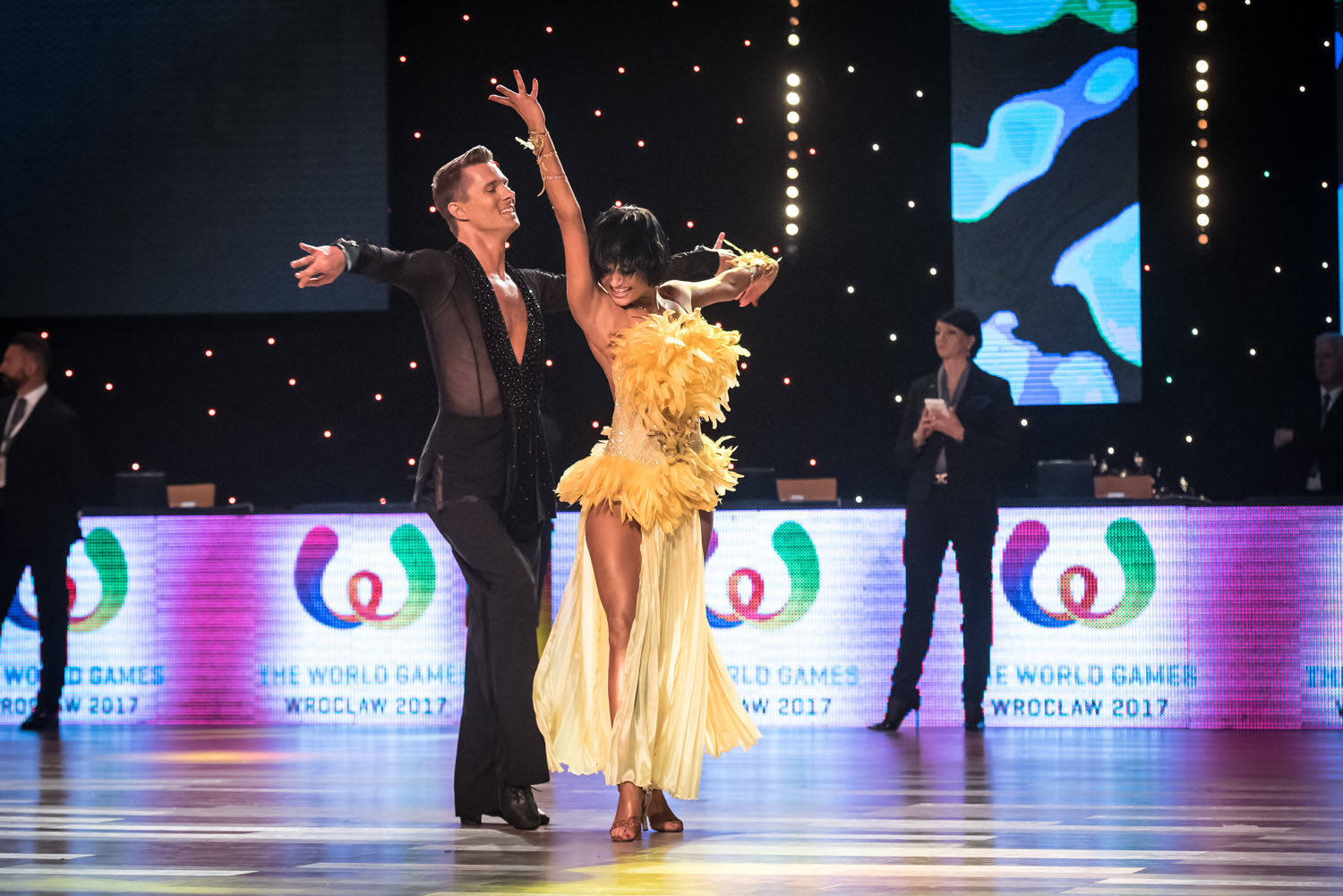 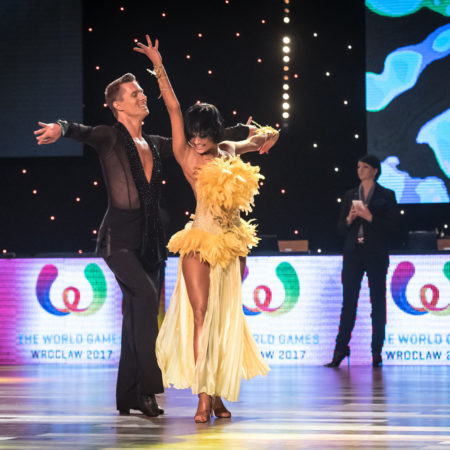 Originally known as the Cha-Cha-Cha is an offshoot of the Mambo that became popular about 1954. The music for the international cha-cha is energetic and with a steady beat. In general, steps are kept compact and the dance is danced generally without any rise and fall. The basic pattern involves the lead taking a checked forward step with the left foot while retraining some weight on the right foot.

Hip action is particularly critical in the cha-cha. In the international Latin style, the weighted leg is almost always straight. The free leg will bend, allowing the hips to naturally settle into the direction of the weighted leg. As a step is taken, a free leg will straighten the instant before it receives weight. It should then remain straight until it is completely free of weight again.